The word ‘demon’ conjures up images of frightful creatures hell-bent on dispensing wicked destruction. But not all demons are from the spirit realm. Some are very much human in their origins. Take the Dodge Demon, for example. It is easily one of the most impressive muscle cars ever made. It is even more impressive when its body is made entirely of carbon fiber.

Car Buzz says that only four carbon fiber Dodge Challenger SRT Demons were ever made. And now, the very last one to come out of Speedkore facilities is for sale. The asking price is a modest $169,995. If you have the money, you can own your very own Demon – a car that is as rare and collectible as they come.

The Demon is essentially a special edition Dodge Challenger built to maximize its muscle car features. Only 3,300 of them were ever made. Even without the carbon fiber body, the Demon is a highly sought-after collector car. The four vehicles with a carbon fiber body are obviously more desirable.

Designing the Demon was all about increasing speed. Needless to say that the engineers behind it succeeded. The car features a 6.2L V8 producing an impressive 840hp. The car is so fast that it has been banned from competitive drag racing for lack of commensurate safety gear.

The standard Dodge Charger Demon is impressive in its own right. It is fast and powerful enough to beat just about any other muscle car off the line. When you throw in carbon fiber, you get an even faster car. How? By shedding weight.

Replacing every single stock body panel with a carbon fiber substitute reduced the weight of the car by some 200 pounds. That is impressive. Saving 200 pounds may not seem like a big deal to people whose only driving experience is on the street, but it’s huge on the racing circuit. Reducing a car’s weight by that much would make it virtually unstoppable as long as its engine put out the same kind of power as the competition.

In racing, the power-weight ratio is everything. The stakes are high enough that companies are willing to spend big on cars that are powerful, lightweight, and fast. Dodge Demon owners know that their cars fit the bill. Unfortunately, those cars do not come cheaply.

Rock West Composites, a Salt Lake City company that specializes in composite materials and custom design, explains that most of the major car manufacturers would eventually like to go all carbon fiber on their bodies. The one thing holding them back at this point is cost.

The fact is that carbon fiber costs quite a bit to produce. You wouldn’t notice much difference, by way of higher prices, by including a few carbon fiber parts in the car’s interior. But make the entire body of carbon fiber and suddenly the price skyrockets.

If you have the money to spend, you could own the very last carbon fiber Dodge Demon ever produced. Having that puppy in your driveway would certainly make you the talk of the neighborhood. Then again, would you even drive the car? Spending that kind of money would make it hard to justify doing anything other than displaying the Demon in your climate-controlled garage. 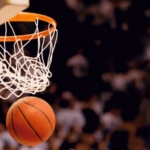 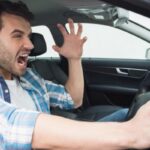 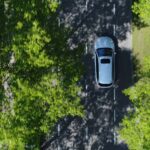 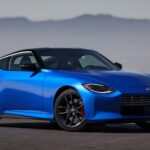